Making the Most of Wide Angles

Wide-angle lenses capture more of a scene than standard lenses. Although the wider angles that capture wider areas make them perfect for photos that capture an expanse, you’ll also find that they somehow manage simultaneously to capture a bunch of things you’d rather not have in the shot. One key to using wide-angle lenses effectively is to pay attention to the edges of the frame when looking through the viewfinder. 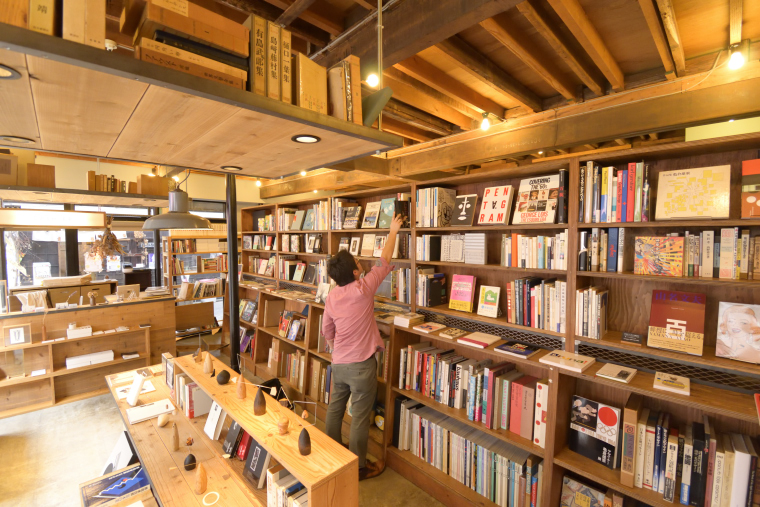 A wide-angle lens can be used to add breadth to a small space when you are shooting indoors or unable to back away from your subject. Including a corner, as in this bookstore, further adds a sense of depth. Here I held the camera over my head for a high-angle shot that included the suspended shelf (Sample Photo 1). Pausing to look at the foliage close above me, I was struck by the beauty of the translucent green curtain formed by the leafy canopy. When photographed from an angle where the leaves on either side overlap slightly to form a tunnel, the leaves seem larger and the temple smaller than their actual size. Wide angles emphasize the effects of perspective, making nearby objects seem larger and more distant ones smaller. Their deep depth of field gives rise to sharp photos in which the entire frame, from the foreground to the background, is in focus, an effect known as “pan focus” and opposite to that produced by telephoto lenses. The camera can be angled up to add impact or a feeling of solemnity (Sample Photo 2). By choosing a low f/-number (large aperture) and placing your subject at close to the minimum focus distance (aka “minimum object distance”) so that it fills the frame, you can blur the background and further enhance the effects of perspective. Here cosmos stand in the middle of a broad sea of flowers blurred so that you don’t notice the gaps and wilted blossoms. After getting so close that I had to be careful not to photograph my own shadow, I first selected an angle where the main subject appeared to be striving vigorously for the heavens and then positioned the field in the frame and chose the amount of sky that would appear in the shot (Sample Photo 3). 4. Distortion (for a unique effect) 5. Distortion (for added vigor and dynamism)

These photos capture moments when a goat looked into or crossed in front of the lens. It is characteristic of wide-angle lenses that the closer the subject, the more it appears distorted, and when photographing the faces of people and animals you can take advantage of this for fun, unique effects (Sample Photo 4). You can also use it to add vigor and dynamism to shots of moving objects (Sample Photo 5).

Rather than using wide-angle lenses simply to capture wider angles, with enough skill you can also take advantage of their perspective-distorting effects for dynamic, compelling shots. In both portrait and landscape orientations, a slight change of angle can produce large changes in photographic expression. I find it interesting how one’s powers of expression grow as one photographs more and more scenes.

Note: Visitors to Mother Farm are prohibited from picking or otherwise damaging the plants. Visitors are permitted to enter the hillside cosmos field for a closer view, but please show respect for others when taking photographs.